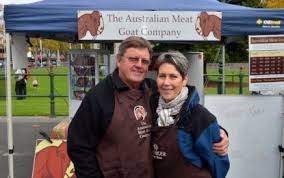 One of our most popular larger dishes on the menu is 'Spit roasted Camboer goat shoulder, smoked hommus, freeken, tabbouleh, wild figs, tzatziki.'  The goat is slow cooked overnight in a rich stock resulting in a flavourful, melt in the mouth experience.

Camboer Beor Goat Stud is located on the Campaspe River approximately 2 kilometres south of Echuca and 2.5 hours drive from Melbourne.

The stud is owned and managed by Ian Turpin who began breeding Boer goats in 2000.

His mission statement is simple, 'To consistently breed the best boer goats in Australia.' Something we believe he has achieved and maintained over the past two years since he began supplying us.

Try cooking some goat at home by purchasing meat direct from Ian and Ruth at the Bendigo Community Farmers Market held every 2nd Saturday of the month at Sidney Myers Place, Pall Mall. Ask Ian for some cooking tips – with such a low fat content it's easy to over cook certain cuts. This also means the meat is a healthier alternative to other red meat. You'll be pleasantly suprised by it's flavour! 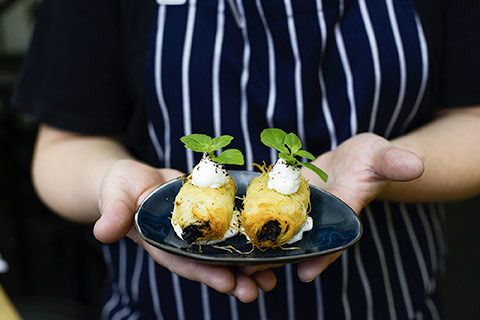 Another favourite on the menu,